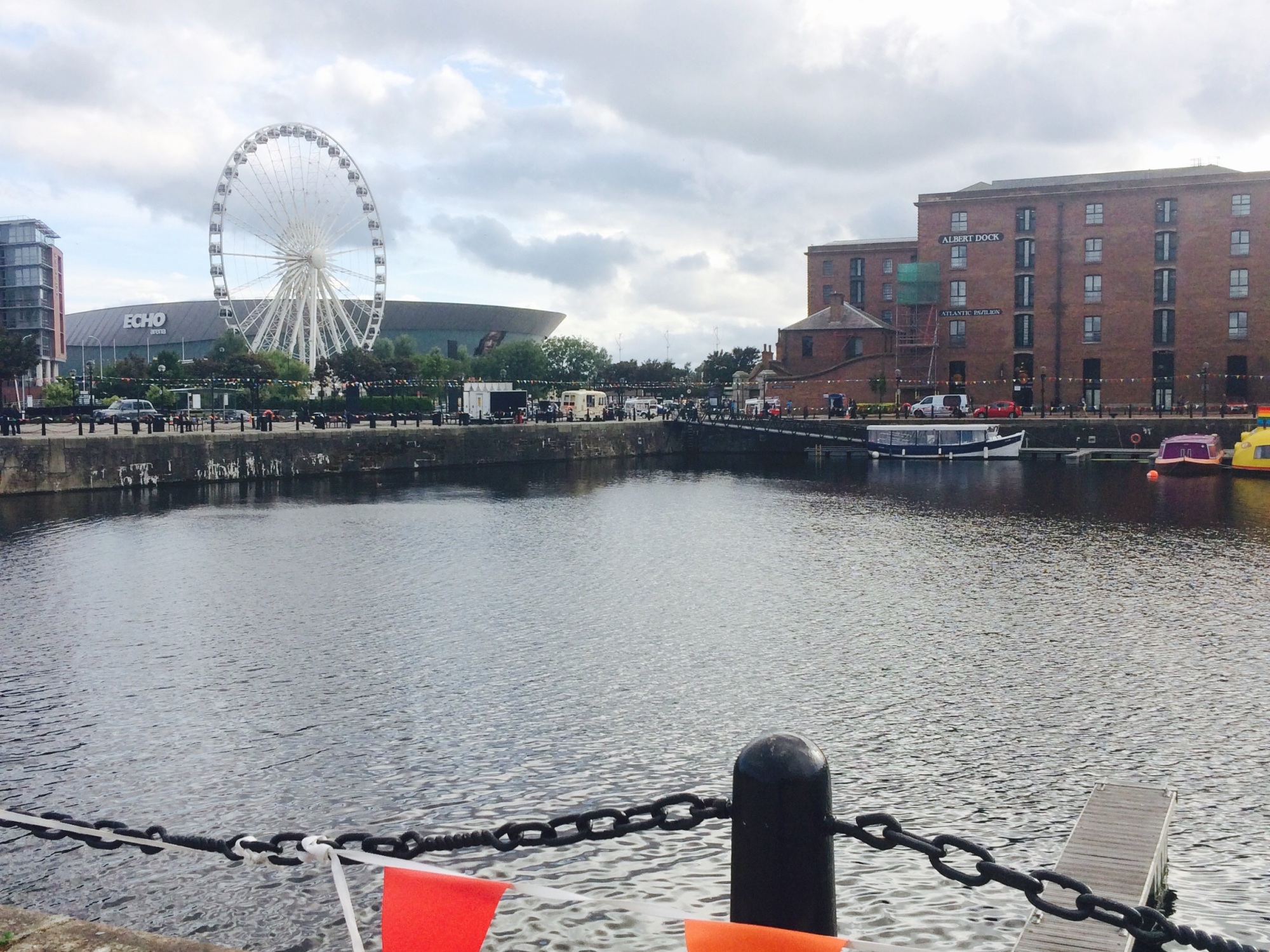 Welcome to the first of five instalments of ‘The Road Trip Diaries’. I have just returned from a very exciting and hectic trip, driving all the way around the north of England with my friend Brontë (who you will know from my Rome blog post – https://planeemoji.com/2015/06/24/meet-me-by-the-colosseum/). So adjust your mirrors and buckle up for the BEST/ OKAYEST guide you will ever read to some of the places you can visit in the UK.

Our first stop was to be Stratford-upon-Avon, the home of Shakespeare! Although it was a fleeting visit, we managed to take a nice tour around the town and have a bite to eat in a local brunch spot. We checked out Shakespeare’s birthplace and also found ourselves in a ‘wizard shop’ that smacked so hard of copyright infringement it would have put Harry Potter off his butter beer! Seriously random.

After our brief stop in Shakespeare County, we got back in the car and headed straight for Liverpool. We made our way to our home for the night, the Podworks Hotel.

For this trip we had decided to book the best value accommodation we could find in each place. We chose the Podworks Hotel in Liverpool for the best location and price. At £30 for a night it was certainly not to be sniffed at although, what you saved in money you lost in Vitamin D and ventilation. The room was literally an underground ‘pod. It had no windows and the only source of air was an air conditioner which blew out the scent of rotting cat sick. In summary –

I can’t say I would never stay there again; if I was in need of cheap accommodation and was only planning on staying for a night, it would fulfil my requirements. The bed was comfortable, and there was a clean bathroom and a TV. However, if I was ever going to take a more prolonged trip to Liverpool (which I would love to do) I would definitely not choose this hotel – too many nights in the pod would probably make you feel like you were in solitary confinement.

I have previously visited Liverpool for business by train and would definitely recommend this mode of transport over driving. The city is a labyrinthine nightmare; one wrong turn and you can add another 15 minutes to your arrival time. For a road trip however, this can’t really be avoided and we managed to find parking for £4 a day at one of many covered and CCTV monitored car parks in the city centre.

Being eager to get out and about, we headed for Albert Dock to check out the waterside action. This area of Liverpool holds many different restaurants, museums, art galleries and also gives you a beautiful view of landmarks such as the famous Liver Building.

We then decided to head for dinner in China Town. We had noticed a big and bold Chinese archway on our drive through the city and this had awakened a dark hunger for noodles. We had dinner at a restaurant called North Garden, which served a mixture of ‘main stream’ Chinese food and some more unusual Hong Kong specialities. We slightly over-ordered and got sesame prawn toast, salt and pepper squid, spring rolls, prawn crackers, chow mein and rice with three meats. The food was just what we were after!
After dinner we were kind of full and sleepy, and almost made the fatal mistake of heading to bed early! Instead we forced ourselves to stay out a bit longer and at least go to check out the the world famous Cavern Club for a little while. However, once we got in there we realised that it wasn’t going to be a quick visit. The Cavern Club is most well-known for essentially launching the music career of that teeny weeny band called The Beatles. Although The Beatles take most of the attention, the club has also launched the careers of people such as Cilla Black (who sadly passed away a few days before we visited Liverpool) and has been played by everyone from Elton John to the Rolling Stones. Admission to the Cavern is free Monday to Wednesday, and free before 8pm on Thursday and Friday (different rules apply for weekends). They play live music from 2pm throughout the day which means that if you’re not much of a night owl you can still head down and experience amazing music from the club’s resident artists at a time which suits you. We caught a set starting at 9pm which was absolutely brilliant, and featured lots of covers from The Beatles to Elvis.

We left the Cavern Club later that night feeling emotional – a mixture of tiredness, PMT and genuine sadness over the passing of Cilla Black. Many generations will have grown up watching Blind Date on a Saturday night and will have known her to be a legend of both British TV and music. The sadness and respect could definitely be felt in her home town, and even more so at the Cavern where she started her career as a cloakroom attendant. So Cilla, if you’re reading this from heaven I hope you’re having a “lorra lorra laughs” with Bobby and Brian. Tarra chuck! ❤