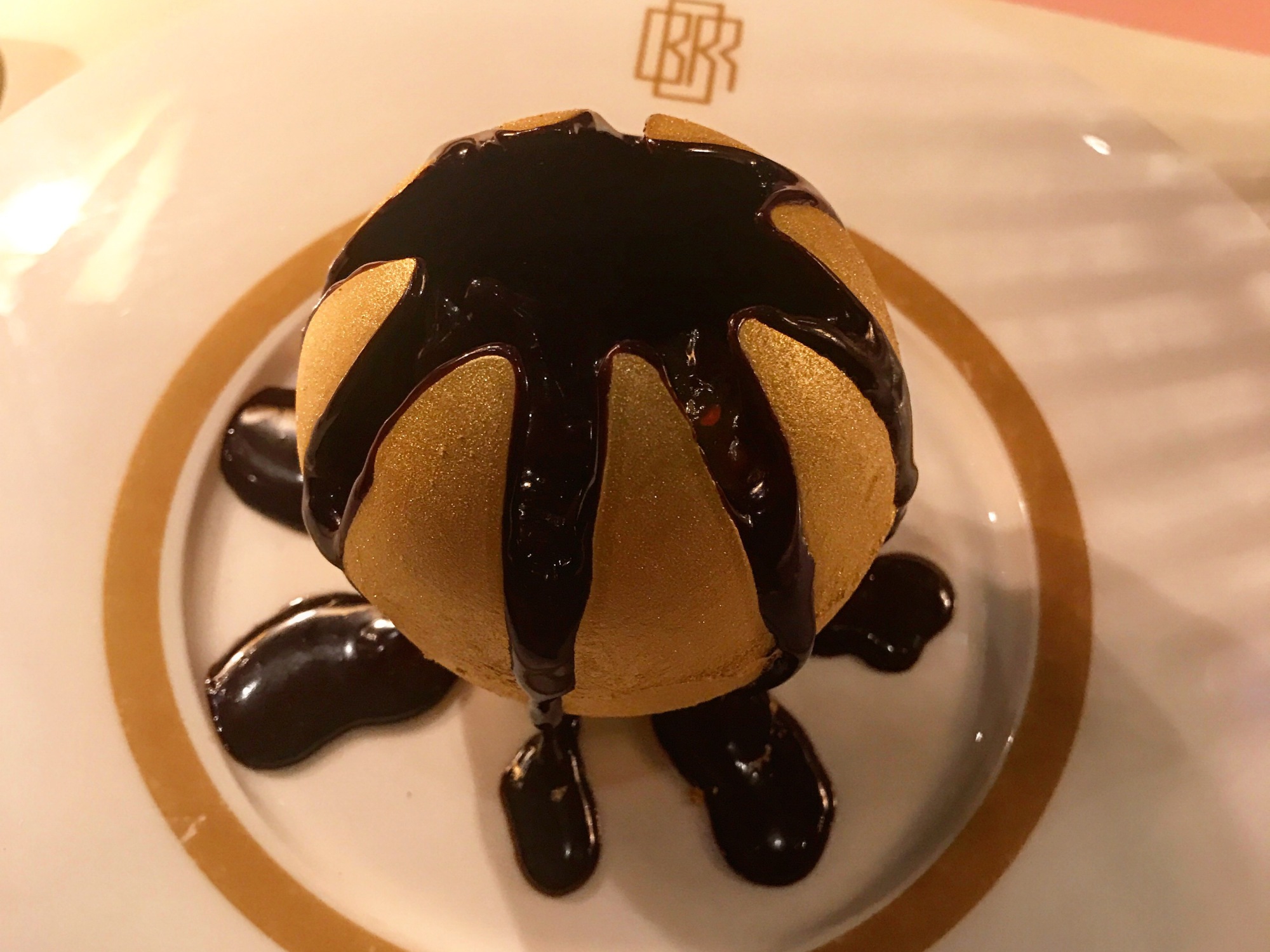 Ever since my friend ‘Bubbles’ went to Bob Bob Ricard last Christmas, I feel as though I’ve had little else on my mind. One by one, other friends would text me saying “I went to BBR last night, you NEED to go!” and I became more and more intrigued.

The food didn’t seem too “out there” from looking at the menu, which made me wonder whether it was worth the price tag. I mean, a £25 chicken kiev? However, when a work celebration presented the opportunity to go for lunch at BBR, I was obviously thrilled and found my stretchiest pair of trousers in anticipation.

The first thing to point out would be the decor. The entire restaurant is themed on the Orient Express, which means that it is serving all kinds of 19th Century realness. We were seated in our own little ‘train compartment’, which had the iconic ‘Press for Champagne’ button and the best cutlery, crockery and glassware known to mankind. 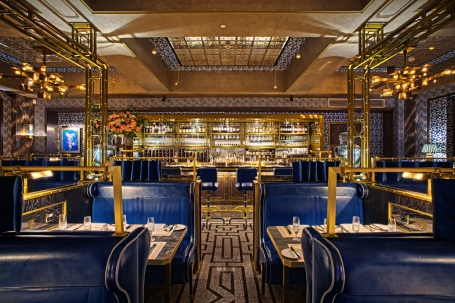 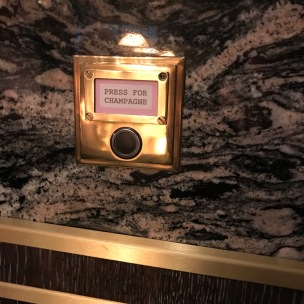 We ordered drinks and bread to start. Sadly, no one pushed the button but we did order a range of cocktails and mocktails, which were all delicious. 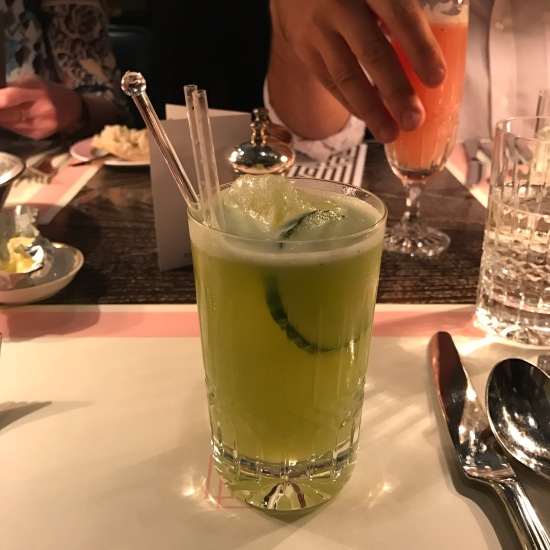 Next up were the starters. I went for a Russian classic called Vareniki, which was essentially a truffled potato dumpling in a sauce, with balsamic mushrooms and crispy onion rings. On this occasion, I was hesitant to order something I hadn’t heard of before but it was SO good that I tried to force everyone at the table eat some, just to share in the experience.

The main course had been a tricky decision for me because there were so many veggie and pescetarian options to choose from. I ended up going for the poached sole with lobster, which ordinarily comes with a champagne sauce, but can be switched out for an olive oil/lemon dressing if you want to keep it alcohol free!

When it first arrived, to be honest, I was a little disappointed with the size and I thought it looked kind of bland. However, as soon as I’d taken the first bite I was just done with life. There was table slapping, there were strange grunts and, once again, I wanted everyone else at the table to have a try. DELICIOUS and oh so filling, even without the sauce.

I paired my main with a side of truffle mash, which was so creamy and made a perfect accompaniment to my fish. My fellow diners ordered steak, truffle fries, lobster mac ‘n’ cheese and chicken pie. All of these dishes looked just as tasty as mine and I was particularly impressed with the embossed BBR pattern on the top of the chicken pie pastry!

The final round was, of course, dessert. Even though I have a major sweet tooth, I often find that desserts are the biggest disappointment of a meal because they haven’t been afforded the same innovation or attention as the rest of the menu.

I ordered the BBR Signature Chocolate Glory, while Bubbles ordered the Eton Mess en Perle. This led to two very exciting moments where the waiter came over and poured warm chocolate/strawberry cream over our desserts and we watched them melt away to reveal the delicious centre. FYI, only the chocolate one opens, so don’t do what I did and stare intensely at the Eton Mess waiting for it to dissolve. It doesn’t. 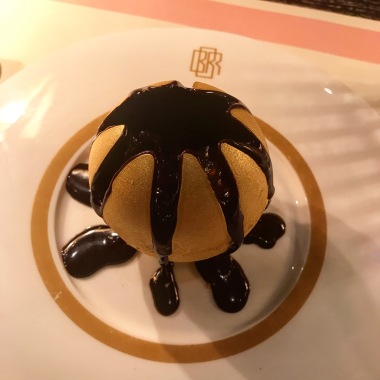 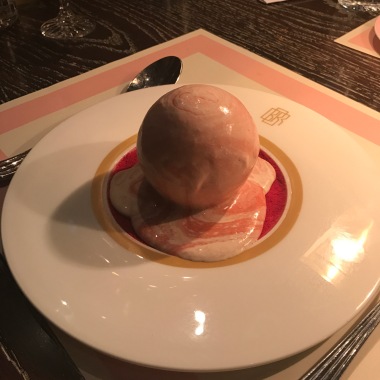 While dessert wasn’t the most memorable part of the meal, the chocolate glory definitely didn’t disappoint and the combination of fruit and chocolate inside the orb made the whole thing much more interesting.

All in all, the question which remains is whether I would go back to BBR and spend my own money on a meal. The answer is yes; however, this would only be on a special occasion.

By my calculation, my meal would have come to approximately £75 (including a non-alcoholic drink but excluding service charge) which is a lot of money to spend on food, even though you’re highly unlikely to leave BBR disappointed. Of course, it’s all relative and totally depends on how you like to spend your hard earned cash!